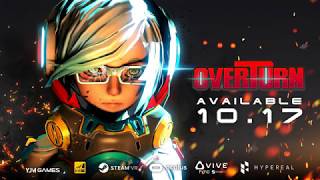 Hands-On: ‘Overturn’ is a Serviceable Fast-paced VR Shooter But Missing a Standout Feature

Described as an “action-puzzle adventure game”, Overturn’s puzzle elements play a secondary role; the game weighs heavily on fast, first-person action, combining projectile weapons and frantic melee combat with fists, shields, and blades. Overturn is available now on Steam for HTC Vive and Oculus Rift; it is also in development for PSVR. Waking up in a laboratory complex, you’re immediately introduced to the game’s narrative design, which is text-based, describing your charac

ProjectM: Daydream is a VR dating experience from Korean studio EVR Studio. While it’s fairly short and only offers subtitles in a number of major languages to go along with the Korean audio, the experience of sitting across from a very life-like person as she laughs and smiles, talking about her vacation as you jump into immersive interludes, makes me wonder what the future of VR dating sims will look like. From what I can gather from Daydream, they’re going to be a whole ne 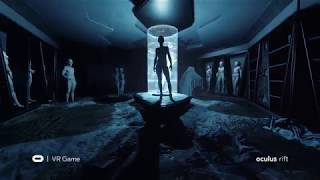 ‘ARKTIKA.1’ Gets Launch Trailer Ahead of Next Week’s Release

ARKTIKA.1, the sci-fi shooter from Metro developers 4A Games, is launching on Oculus Rift October 10th. Pre-orders are currently live on the Oculus Store, selling for a 10% discount off of the game’s $30 price tag. Source Article: https://www.roadtovr.com/arktika-1-launches-october-10th-pre-orders-now-available/ #VR 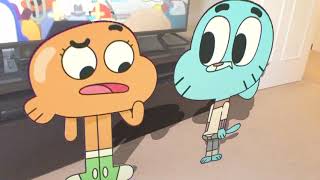 Now that iOS 11 has officially rolled out and anyone with a recent Apple device has access to augmented reality applications, the massive install base means developers can start appealing to all sorts of people, including those miniature ones that make a fuss about putting on their shoes and jackets, and even the fully-grown variety who also happen to enjoy cartoons too. In a new AR prototype that places characters from Cartoon Network’s The Amazing World of Gumball into your 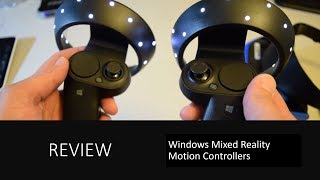 Earlier this week we shared our first hands-on with Microsoft’s VR controllers, but at the time the company didn’t allow us to document the session with photos or videos. Now, a developer with the controllers has produced a handy overview that shows how they work and gives a glimpse of them in action. The Windows “Mixed Reality” (Microsoft’s term for AR and VR) controllers are unique among similar VR controllers (like those of the Rift and Vive) because they don’t require ext

Based on the Voltron: Legendary Defender series from Netflix, DreamWorks is launching a single-player game coming to PSVR, HTC Vive, and Oculus Rift on September 26th. Called Voltron VR Chronices, the game promises to deliver an immersive Voltron narrative alongside the chance to pilot the Blue Lion, stand on the bridge of the Castle Ship, and solve interactive puzzles and challenges. Developed by Digital Domain Interactive, Voltron VR Chronicles puts you in the shoes of Lanc 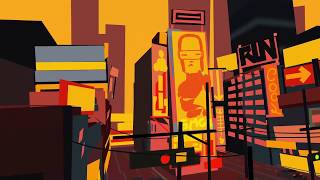 As VR continues to grow, the tools of the medium continue to mature as well. In an impressive demonstration of what you can now create entirely from within VR, artist Nick Ladd has produced an impressive short film using Quill and ANIMVR. Made by Ladd alone in just four days, the short film Escape was made in virtual reality by painting the environments and objects using Quill, while the animation and some effects were produced with Animvr. The end result is a short but impre 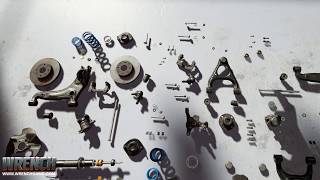 A Different Kind of Puzzle: ‘Wrench’ Tasks You With Assembling Cars Right Down to the Nuts & Bol

If preparing cars for motorsports in VR sounds like your idea of a good time, indie game Wrench is one to keep an eye on. Showcased in this recent ‘prototype trailer’, Wrenchfeatures painstakingly detailed car parts which the developer hopes to use in a rewarding, problem-solving car shop game. 3D artist and car enthusiast Alec Moody is now developing his VR car shop project Wrench full time, and the early results speak for themselves. The years of experience as a 3D artist i 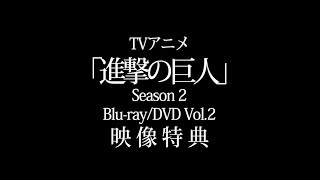 On August 18th, the second half of Attack on Titan season 2 will be released on Blu-ray/DVD. Bonuses include two more VR screens - Levi talking to new recurits and "Mikasa's confession scene" from episode 37, reproduced in a 360° environment. Along with bonus booklet and case, it features priority ticket purchase for an October 29th Orchestra/live-reading performance. A preview has published a look at these VR scenes. Source Article: http://www.crunchyroll.com/anime-news/201 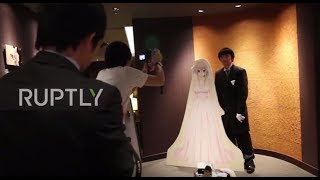 Japan is an exceedingly normal place when it comes down to daily life, but for some reason the culture’s social norms are—how should we put it—famously elastic. As reported by Vocativ, virtual reality played a big part in a recent marketing campaign for an upcoming sequel to the dating sim series Niizuma Lovely x Cation that saw the non-legal marriage between a number of men and their virtual girlfriends interacting through an HTC Vive headset. Developed by Japanese adult gam

Google is Exploring Ways to Let You Animate Your ‘Blocks’ Creations

Google’s team at Daydream Labs have been prototyping ways of animating objects and characters in Blocks, the company’s recently released VR modelling tool. In a recent entry on the Google Blog, senior UX engineer Logan Olson describes how it could give users the power to “create expressive animations without needing to learn complex animation software.” With its low-poly aesthetic and simple menu systems, Blocks is perhaps the least intimidating 3D modelling tool currently av

Star Citizen may be the world’s most ambitious Early Access project (and quite possibly the next textbook example of Development Hell). For those still holding their breath, the company has recently affirmed that VR support is still planned as an eventual feature, and the game’s developers say that a new UI design is made with VR in mind. Beginning development as a 2012 Kickstarter project that raised a respectable $2.1 million, Star Citizen has in the years since ballooned i

Oculus has added new documentation to their developer knowledge base detailing the ‘buffered haptics’ feature of the Oculus SDK, a method for programming more advanced haptic feedback from the company’s Touch controllers. Oculus Touch uses linear actuators to provide feedback, a haptic technology which has been increasingly replacing the simple ‘rumble’ feedback common console gamepads. Linear actuators can move very quickly compared to the rotating mass motors of yore, allow 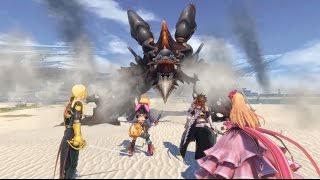 Square Enix began streaming a promotional video for its Kai-Ri-Sei Million Arthur VR game on Monday. The video previews the virtual reality experience in the game, including the combat, avatar customization, and the ability to look at the environment around the player. The game will launch for the PC this spring. The game is compatible with the HTC Vive VR system. Square Enix began streaming a trailer for the game in September. Source Article: http://www.animenewsnetwork.com/ 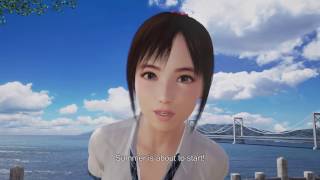 Summer Lesson, a rather unique offering among PSVR games, launched alongside the headset in Japan back in November. Now, come April 28th, the game will see a broader release into Southeastern Asia release with English subtitles, opening the door to enjoyment by those who don’t speak the game’s native Japanese language. Those in Western regions interested in the title may be able to download it as well. IGN reports that during the Bandai Namco Entertainment Product Conference

Virtual reality (VR), alternative reality (AR), and mixed reality (MR) are three closely related emerging technologies suddenly facing high demand from enterprising technology companies. As such new technologies, though, there is a dearth of expertise to develop the software. On April 1, the Virtual Reality Professional Academy opened in Ochanomizu, Tokyo, Japan's first school dedicated to the subject. It will try to address the gap between supply and demand. Source: http://w 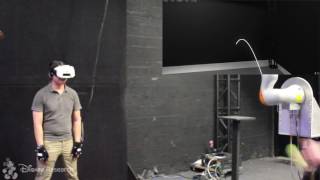 Researchers from Disney use a virtual reality headset and a real ball tracked in VR to understand the perceptual factors behind the seemingly simple act of catching a thrown object. The researchers say the work sets a foundation for more complex and meaningful dynamic interaction between users in VR and real-world objects. Disney Research, an arm of The Walt Disney Company, does broad research that applies across the company’s media and entertainment efforts. With Disney know 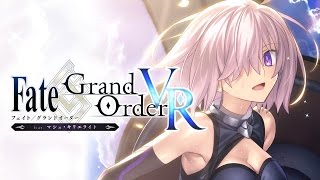 This short but ingenious video snippet from eye-tracking specialists Tobii was built to tease a social VR demo they’ve been working on for GDC next week. It aptly highlights the subtle yet striking enhancements that eye tracking may being to social VR applications. We wrote just today that eye-tracking used inside virtual reality headsets, used to detect the gaze of the user, could play an extremely important part in making more realistic VR scenes at higher resolutions possi 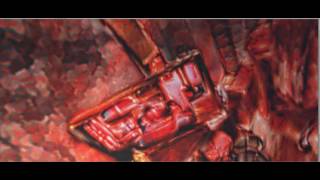 Fans have been singing the praises of Saya’s Song for over a decade, and now it’s time to step inside the protagonist’s head. When designing virtual reality content, there are, broadly speaking, two routes developers can follow. One is to craft a hyper-realistic representation of something the user presumably wants to see, such as a sexy model or panties. The other is to go in the opposite direction by simulating a situation that instills the user with a sense of fear or drea
1
2